Skip to Content
By continuing to use the site, you agree to the use of cookies. Legal Notices

ZOOM Will open in a new window
How do our cities influence the human behaviours that drive socialization, commerce, health and well-being? What impact does city life have on our psyches, our ability to innovate and problem-solve? How are people affected when cities, as we know them, are removed from the equation?
*Registration in advance is required. Once registered, details on how to join Zoom online will be included in the registration confirmation email.
Register Yourself Register Two or More
View Event Attendees

The recent pandemic has created unprecedented challenges to people, their organizations and cities. Yet, at this moment in time, it is also the world's greatest
experiment. What will be the long-term effects of untethering people from their everyday lives, their places of work and habits? Through this conversation
series, we will collect perspectives from around the world—from global experts, place-makers, theorists, titans of business, civic leaders and citizens.
Together, we will assess how the removal of city life, a profound constant for most of us, will affect the human order.

What is the effect of isolation on the human psyche? What value do we place on the physical experience in our communities and cities? Post-pandemic will the need for human connection be enhanced or diminished?

BIO: Will is Principal and Global Chair of Kasian’s Lifescape team. Lifescape, is an original way of curating holistic, ground-level experiences and adding value within our urban environment. He oversees teams for significant mixed-use, commercial, community, cultural and adaptive re-use projects. Kasian has offices in four cities in Canada (Vancouver, Toronto, Calgary, Edmonton) and in Doha, Qatar. Will is active with the Urban Land Institute, spearheading initiatives at both the national and local levels – Chair of ULI Alberta District Council; Member of the Redevelopment and Re-Use Product Council, Co-founder and Steering Committee Member of ULI Canada’s City Catalysts Initiative Council (CCC).

view map Will open in a new window 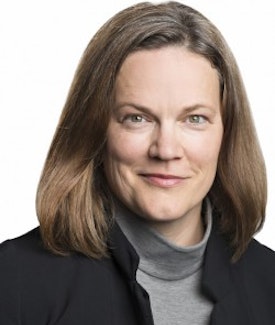 Judy brings a track record of over 20 years in developing complex buildings that focus on impactful, human-centred experiences. As Kasian’s fervent Senior Living sector leader, Judy naturally displays a devotion to enhancing people’s lives by creating communities and inspiring quality of life through the built environment. Judy’s passion for designing an environmentally sound world has affirmed her place as a leader in sustainable design. Specializing in community-based, institutional, and commercial mixed-use projects, Judy ignites her team to create spaces that facilitate learning, personal development, and social engagement. Her approach in applying a humanist lens ensures that each project exudes empathy, care, and thought-provoking design.
View in Member Directory Will open in a new window Belinda Tato is an architect, landscape architect and urban designer, co-founder and director of the firm Ecosistema Urbano, founded in 2000 in Madrid. Ecosistema Urbano specialises in urban consultancy, architecture, public space quality assessment and urban transformation processes. Their work has developed around the design of public space focusing on the improvement of bioclimatic conditions in contexts and climates as diverse as Norway, Florida or Bahrain. In parallel, Ecosistema Urbano has been developing participatory tools and techniques to involve citizens in the creative and transforming processes of urban environments. During the last decade Ecosistema has successfully experimented with social software, communication platforms and the possibilities offered by new technologies to achieve the creation of more democratic urban environments. Tato has developed and led numerous projects in countries such as Norway, Spain, Italy, the United States, Ecuador, Mexico, Bahrain and China, among others. Since its creation, Ecosistema Urbano has received awards and recognitions on more than 45 occasions from numerous international organizations (awarded by UN-Habitat on 3 occasions) and its projects have been exhibited in numerous galleries, museums and international institutions. Belinda Tato has led workshops, lectured and taught at the world's most prestigious institutions. She is currently an Associate Professor in Practice of Landscape Architecture at Harvard University's Graduate School of Design, where she has been teaching since 2010.
View in Member Directory Will open in a new window

Local Product Council ULI Alberta: Be Bold Stories from the trenches on how to successfully deliver a captivating Experience Piece

This four-session educational series is presented in one-hour topical segments by the ULI Greenprint Center for Building Performance.

Get the big-picture thinking and actionable insights you need – now.